The Stour Academy Trust consists of eight Primary Academies that work collaboratively to improve outcomes for all children. Please visit the individual Academy websites here to find out more about Academy staff. 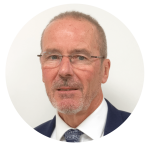 Simon O’Keefe is the CEO of The Stour Academy Trust, established in 2012 with schools based around the Canterbury area and more recently in Sittingbourne, Ashford and the Isle of Sheppey. The primary only Trust has grown steadily since being established and is one of the first MATs to have both faith and non-faith schools. Appointed as a substantive Headteacher in 2002 and Executive Headteacher in 2009, Simon has many years of experience in leadership. In 2003 his school was top of Kent’s performance league table, in 2006 recognised as the second most successful school in the UK, with this achievement repeated in 2009 in another school. In 2012, following the establishment of the Trust, the sponsor school was amongst the top 100 schools nationally for sustained improvement and judged ‘outstanding’ by Ofsted in February 2015. His leadership has been described by Ofsted as “inspirational”, “passionate”, “very effective” and as having a “strong sense of ambition” Simon has recently been appointed as a National Leader of Education and his Trust identified as one of the top performing Trusts in the country.

Rachael Howell is the Deputy CEO for The Stour Academy Trust.  Appointed as a class teacher in 2005, Rachael Howell has a long and diverse history with the Trust, having undertaken most roles within its structures.  As a teacher in the sponsor school, Rachael led RE, English and Safeguarding whilst developing teaching strategies and approaches to improve the quality of education offered across the school.  Her role as lead for data and assessment emerged when the sponsor school federated with Hersden which led to her appointment of assistant Headteacher of the Sponsor school.  In 2012, Rachael moved into headship and was part of the successful team to secure an outstanding judgement for the school and SIAMs in 2015. She began her current role in September 2015 and is currently undertaking the Executive Educators training for future CEOs.

Tommy Cullen is the Chief Operating Officer for The Stour Academy Trust. He began this role in September 2018 after previously working as the Director of Finance and Premises for the Trust. Beginning his career in an educational setting in 2009 as a Finance Assistant, by 2016, he was acting as Finance and Business Manager for a MAT comprising of 9 schools. Tommy has worked closely with the DFE and ESFA on Trust rebrokerage and continues to support these departments. Currently, he is an active member of the ESFA user group.

After completing his degree in Digital Media at Canterbury Christ Church University in 2011, Rob studied for a PGCE in Primary Education at the CCCU in 2012. He then spent the following two and a half years teaching in schools within The Stour Academy Trust, holding the responsibility of website and brand management of the Trust on a part-time basis. With the MAT expanding, Rob joined The Stour Academy Trust Central Team in 2016 as a full-time Director of Marketing and Communications. Using his first-hand experience in primary education, Rob is able to effectively develop marketing and communication strategies and produce content that engages the Trust’s key stakeholders. Rob liaises with Teachers, Office staff and Senior Leaders from schools across the MAT and works directly with the Trust Central Team.

Lauren Singleton - PA to the CEO

Joining the Trust in 2018, Lauren is the newest member of The Stour Academy Trust Central Team. With an experienced background in education, Lauren supports the CEO and Deputy CEO by liaising with Teachers, Office staff and Senior Leaders from schools across the MAT as well as external companies, other MATs and government departments.  Lauren is currently completing an Executive PA Diploma in order to acquire a broader range of skills to further support the Central Team.

What an incredible year it has been for children, parents and staff at all schools in The Stour Academy Trust.

Let's rewind and take a look back at this academic year!